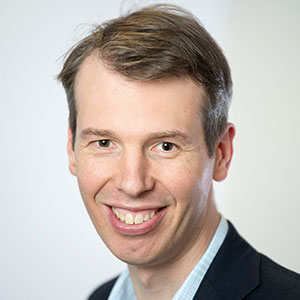 Paul Roos joined Polyganics as CFO in 2015. Paul leads the finance department of Polyganics, with additional focuses on both corporate development and IT. He has a proven track record in the international life sciences industry and, having held the position of CFO at two other companies previously, has extensive experience in the financial sector. His expertise is further demonstrated by his decade-long term operating in investment banking prior to his CFO roles.

Before joining Polyganics, Paul served as CFO at IRX Innovations, a leading provider of reflective screen technology. Prior to IRX, Paul was the CFO at Synthon, a privately-held specialty pharmaceutical company with a gross revenue of over EUR 250 million and operations in six countries across the globe.

Paul began his career in the Corporate Finance division of Kempen & Co, a leading Dutch merchant bank. He advanced through a range of positions, leading ultimately to being named Executive Director of the Life Sciences/Healthcare team. Notably, he spearheaded the development and roll-out of the European Life Sciences/Healthcare franchise. He advised on more than 35 M&A and capital market transactions while at Kempen & Co, including the successful public offer for Ipsogen by QIAGEN and the IPOs of Galapagos, Ablynx, AMT (now Uniqure) and Arseus (now Fagron).

Since 2015, Paul has been a member of the Board of Directors at Quirem Medical, a medical device company focused on selective internal radiotherapy.

Paul holds Master’s degrees in Econometrics and Business Economics (with honours) from the University of Amsterdam. In 2017 he completed the Emerging CFO program at Stanford University.

back to Management Team
Jan Disbergen